We love Encanto at home. There's so much to unlearn from it. This is my breakdown of the film, full of spoilers!

A controlling Abuela overburdens her gifted family with expectations of flawless behaviour. The Madrigal family, under the leadership of the Abuela, are protectors of the village. The candle in the high room of the casita is a lighthouse of hope.

Under the pressure of the oppressing Abuela, her children fall under 3 types of responses:

The younger generation is following a similar route: Luisa, the strongest grand-daughter, is at the brink of nervous collapse due to the weight of expectations ("Podre desvanecer el peso cruel, la expectativa?""), and Isabela is silently alienating her own needs under a facade of perfection.

It takes an outlier, Mirabel, to push this house of cards to the ground (quite literally). Mirabel was denied her own gift, stigmatazing her as an outcast, a tolerated outcast. She responded by over-compensating and shows signs of fundamentalism, but she also holds a unique insider/outsider perspective that allows her to steadily uncover the hidden costs of the Abuela's leadership. Mirabel is unlearning.

Mirabel becomes incompatible with the Abuela's established order, but unlike Bruno, she does not flee, she puts on a fight. This conflict is desperate and beautiful: the courage to confront those you love and admire. It's not a fight for power, Mirabel just wants her Abuela to see what she sees, to awaken.

Mirabel's inner strength is placing her as a natural leader. That's where we see the parallel: Mirabel and Abuela are one and the same. What a paradox! The very same traits that put you in a condition to lead—i.e. to hold a vision and have the determination to execute on it—are the ones that will make you inadequate over time. "Die a hero or live long enough to become the villain." Leadership is like any other thing in life: a temporary assignment.

At the peak of the confrontation, two outcomes are possible: schism or refounding. We're about to witness two key turning points of the story, two key lessons to unlearn. Too bad the movie is already one hour and thirteen minutes in, and some producer at Disney must have shouted: "Guys, time to wrap this up! 20 minutes and we're done!" The movie precipitates into a rushed conclusion.

For the story to drift into redemption, the Abuela must realize that the world she has defined is not sustainable anymore. She needs to unlearn 50 years of values and behaviours founded on her own trauma. For the sake of time, such a life changing mind shift happens in the lapse of a song. Let's forgive it because Dos Oruguitas does indeed break your heart only to lift it up with hope right afterwards. Such a beautiful moment!

Reconcilation is only possible in the presence of courage and love, at that place where we truly understand each other's feelings and needs. This is the point where a new world can be born, true to the foundations of the original, but built on new pillars, those of equality and collaboration, instead of the privilege and burdens of a ruling caste.

Unfortunately Disney ruins this whole post by giving the whole set of magical gifts back to the family. I interpret this as: "Just a more socially mindful management and a slightly better work-life balance will do." That's to me a wasted opportunity to tell our kids

that deeper change is possible,

that it can be true to the legacy of our past,

and that if someone is to pull that off it will be a woman, which is the only being on this planet capable of displaying simultaneously the courage and the love required to confront whom you admire.

God I love this film! Despite its problems, it's such a beautiful thing to watch and, indeed, a lighthouse of hope.

I think you have been too harsh with the poor Abuela. She was doing it for the greater good.

Yes, I know, but there’s a limit to that too.

Don’t you believe in fighting for a cause? A cause that is greater than you?

It’s not what I believe. It’s what you expect others to believe and do. Full renunciation was an acceptable price for those who lived the drama, but two generations down the line, it doesn’t work anymore. You cannot expect that from anyone.

Isn’t that selfish? The cause was worth it.

It’s unrealistic, and every generation needs its own adversities. Depriving a generation of its own difficulties so that you can keep fighting yours is even more selfish.

That’s a weird thing to say. Shouldn’t the Abuela protect her people? Take care of them? Shouldn’t we all aspire to preserve the better world we created?

Of course, but we are not the end of the line. We just rebaseline the future. Give them the chance to shape it, even if it goes against what we did. When you try to preserve something at all costs you just increase the chances to lose it.

I see you on full Oogway mode. What strikes me is that you don’t seem to believe in absolutes, just in circumstances.

The only absolute is change.

Ok, Heraclitus... you don't step into the same river twice but, you know what? I think it's time for you to step out of those waters, because even if it's not the same river it always soaks you wet. I'd hate that you get sick
(speaking inaudibly)
of yourself. 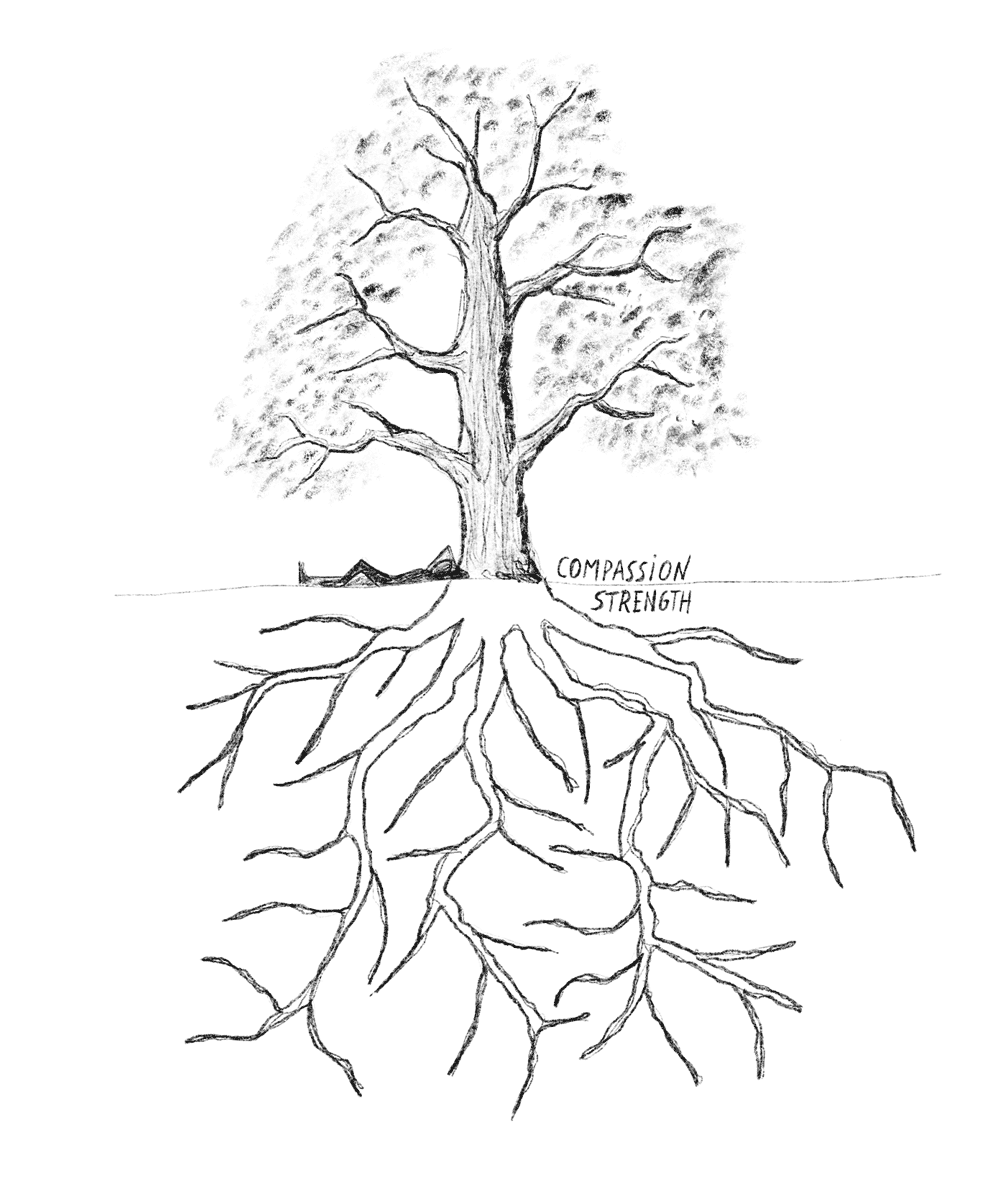