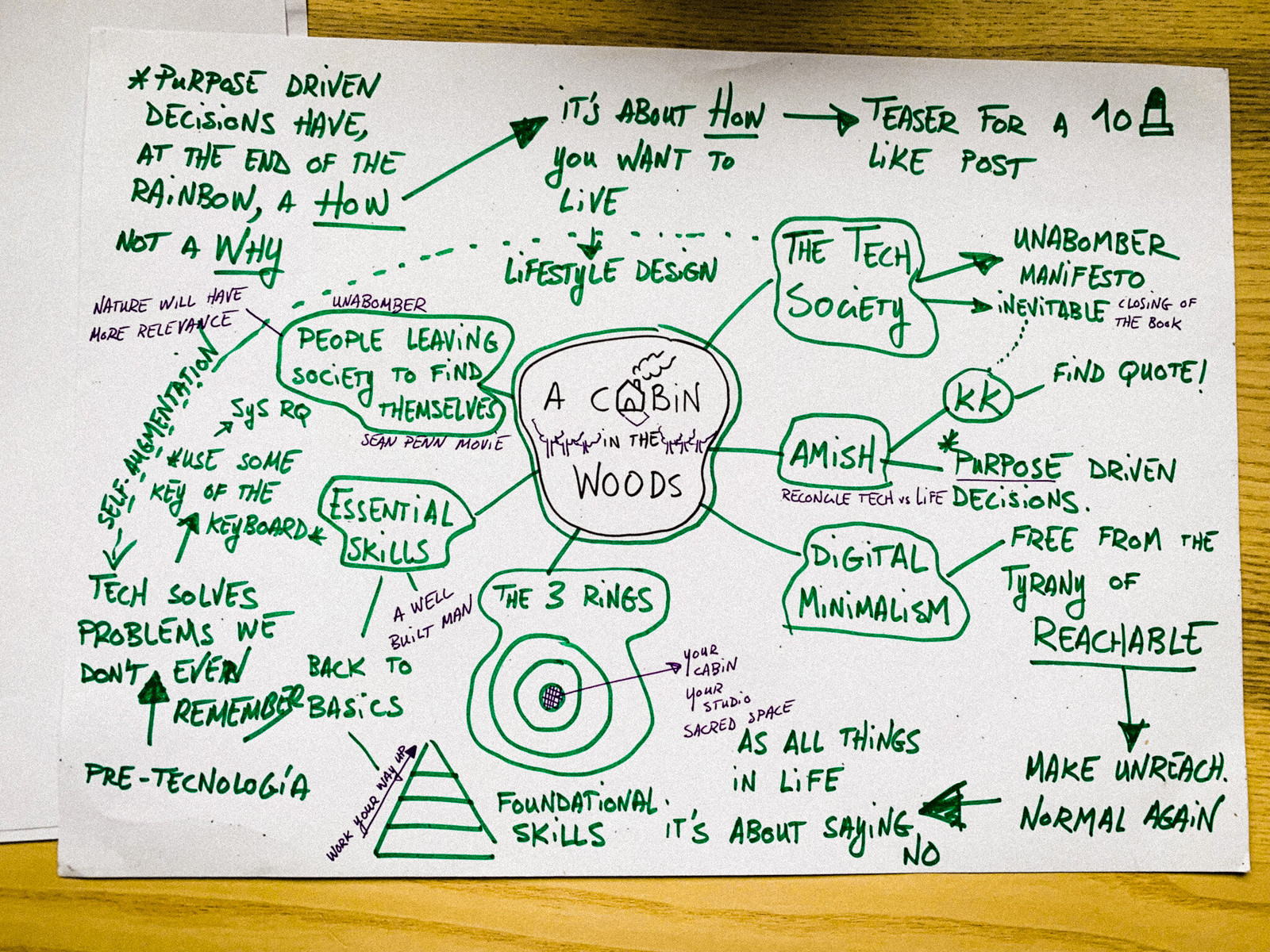 I distilled the main messages: 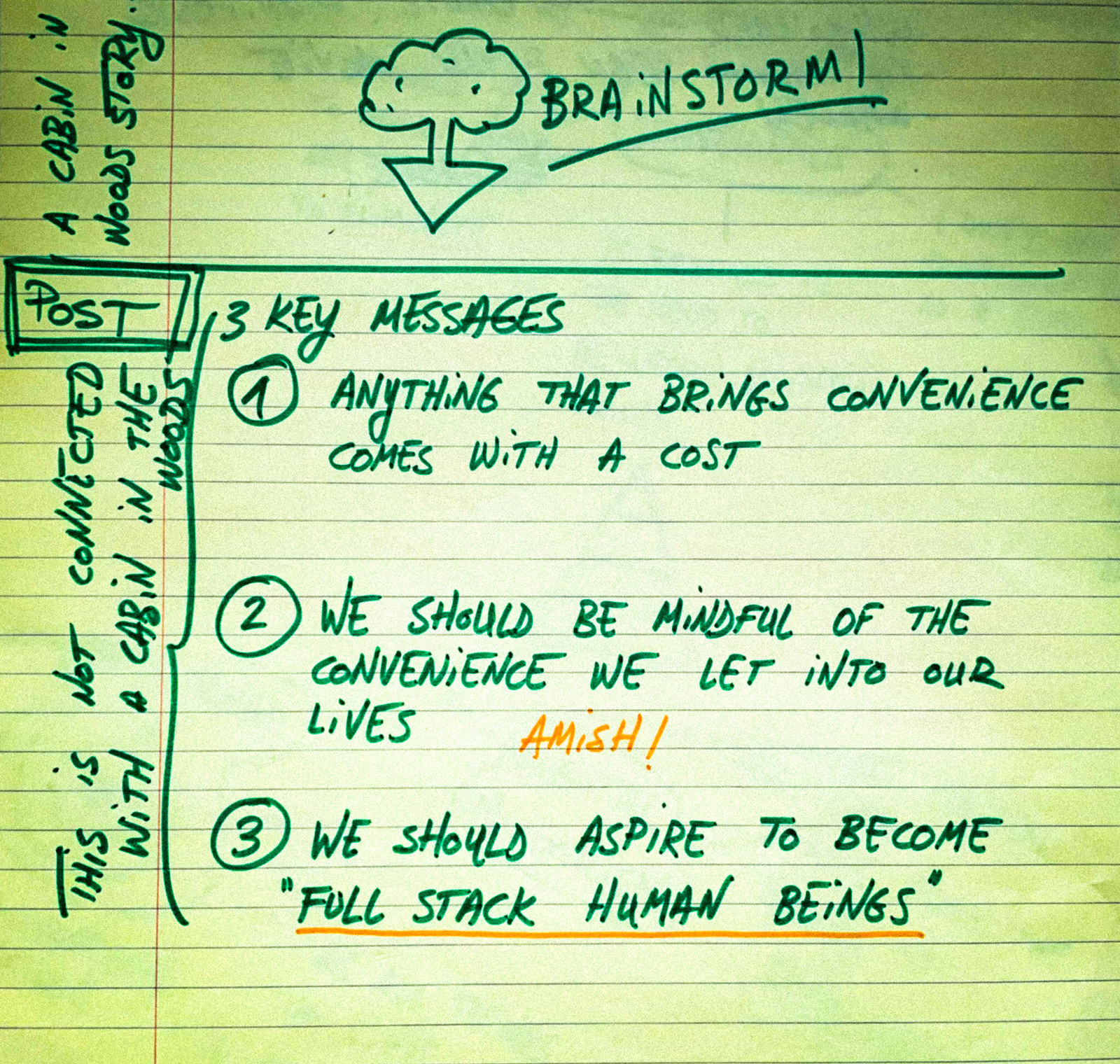 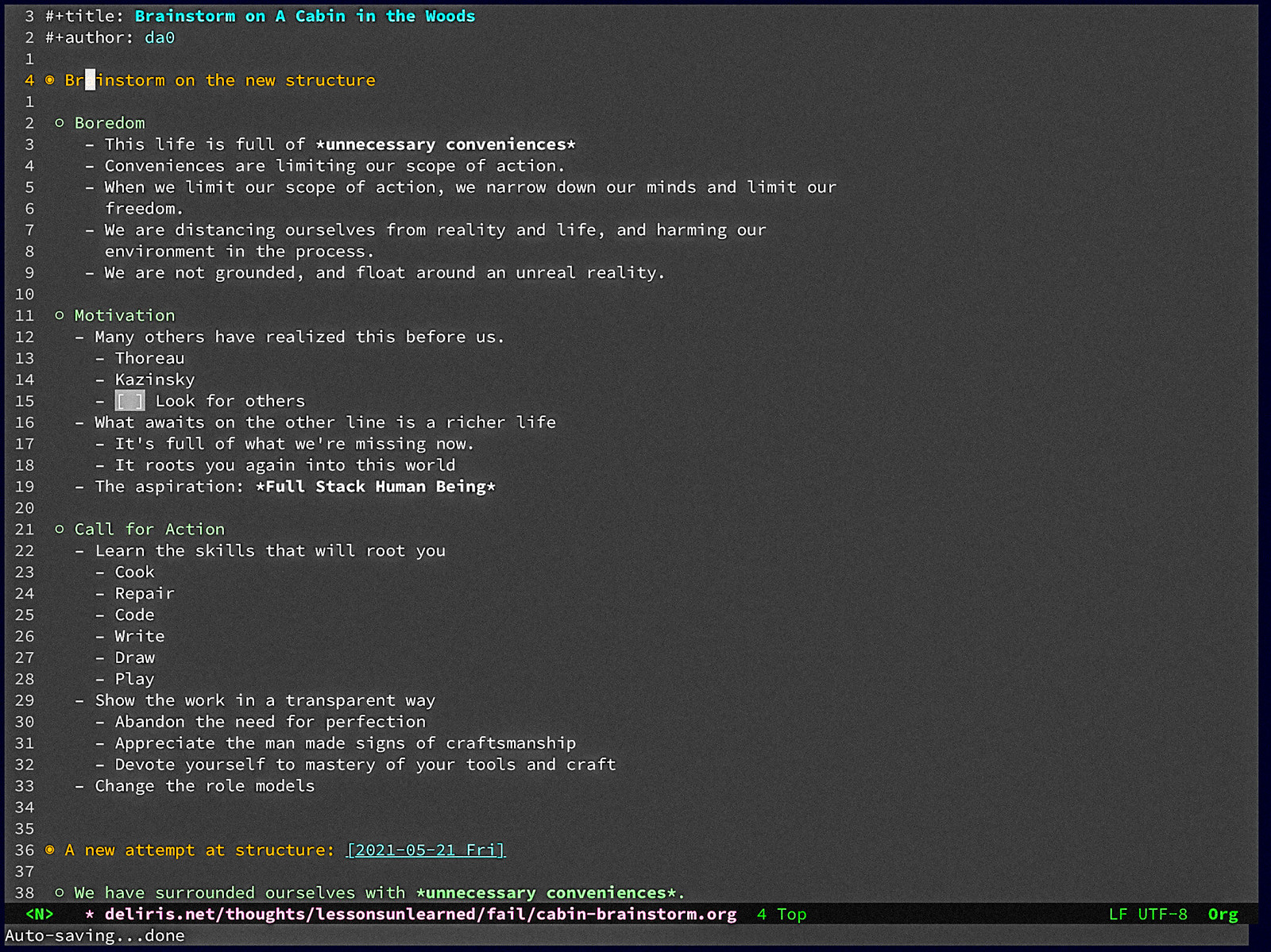 I came up with a good title:

I found some relevant quotes:

For most people it is through the power process—having a goal, making an autonomous effort and attaining the goal—that self-esteem, self-confidence and a sense of power are acquired. —Ted Kaczynski

I went to the woods because I wished to live deliberately, to front only the essential facts of life, and see if I could not learn what it had to teach, and not, when I came to die, discover that I had not lived. —Henry David Thoreau

Specialization is for insects. —Robert A. Heinlein

THIS is what has happened:

I was so excited about my new workflow that I found myself incapable of doing the actual work. I had spent so much time working on the tool that I had forgotten how to focus on the output. I was so fixated on the post structure that I missed the content. 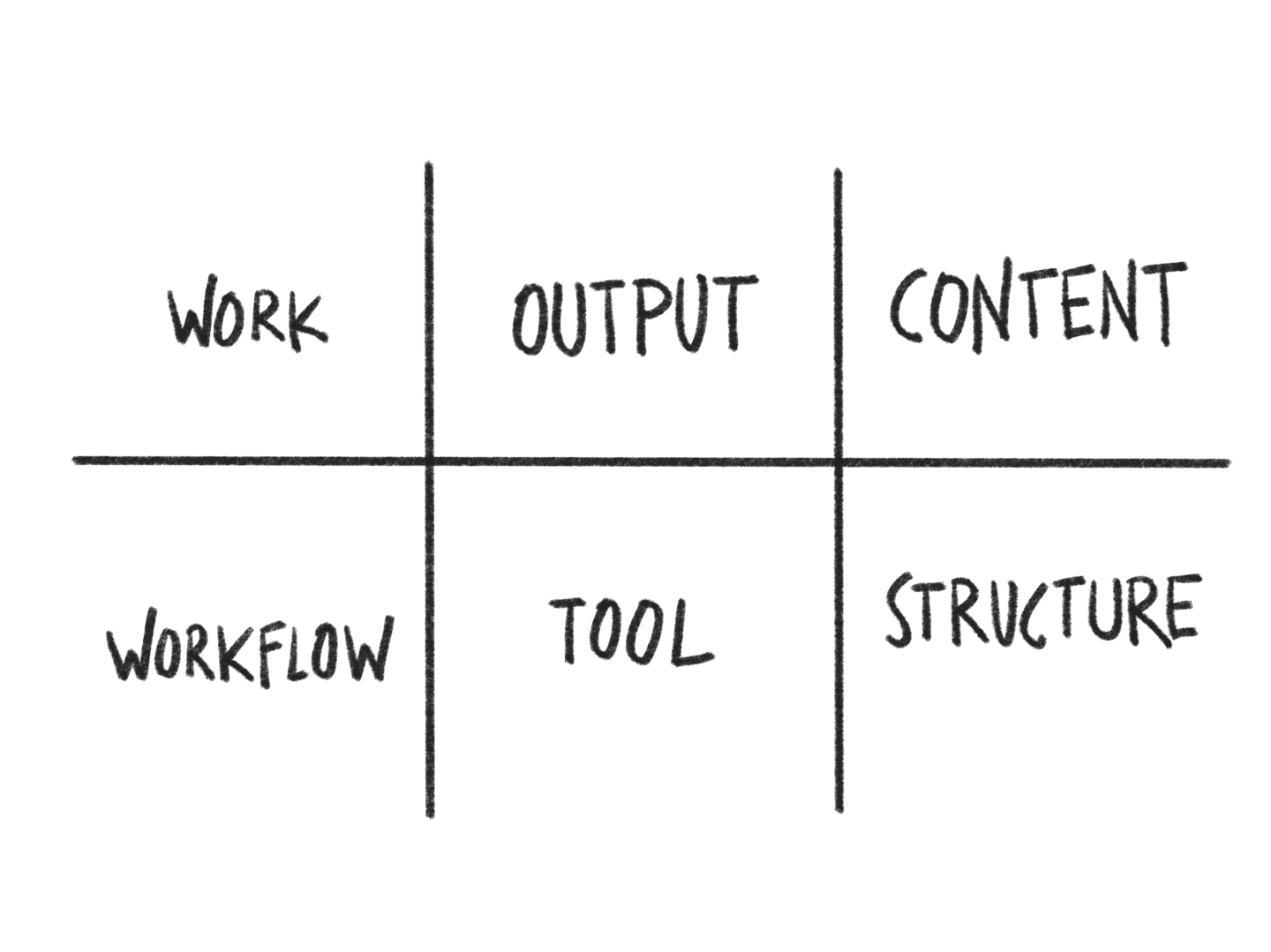 When you take the effort to build your own tools, you dive into a lower level of abstraction, one that can fill up your days with endless tinkering possibilities. One day you feel trapped, spending more time optimizing how you do your work than actually doing it. Just think how many times you’ve adopted a new productivity app, only to realize two weeks later that you’ve spent more time administering the system than getting anything done.

This has two caveats, though:

First, it’s hard to know when this pattern is just part of a journey of improvement—like when a golfer decides to unlearn her swing to take it to the next level; there’s a dip in the performance before the surge.

WHAT and HOW are two sides of the same reality, one that can be zoomed in and out in different levels of abstraction. The WHAT becomes the HOW becomes the WHAT becomes the HOW. Actually… if writing posts is not just the WHAT of this level but also the HOW of the level immediately above it… what am I doing this for? I… I don’t know… I got lost in the fractal and I no longer know in which layer I live in. See? Maybe I’m better off just crafting tools or tinkering with Vim.

Hopefully, I’ve given you enough scraps of my work for you to put together your own A Cabin in the Woods post. Actually, I may have just created a genre here: the DIY post, the IKEA post; I give you the pieces, you assemble them in place.

—It can happen to anyone. Or not. Here’s a quote for you (I’ve noticed you love them): click here, I won’t spoil it…

—One thing is true though. Assembling the pieces of your post is actually better than reading the end result.

—No, man, I’m serious! That idea of providing bits of thought for people to assemble into bigger narratives might be interesting to explore. I think you might be on to something!

—You think so? Maybe. Maybe… hey, I think you are actually right. I should totally dive into that idea… 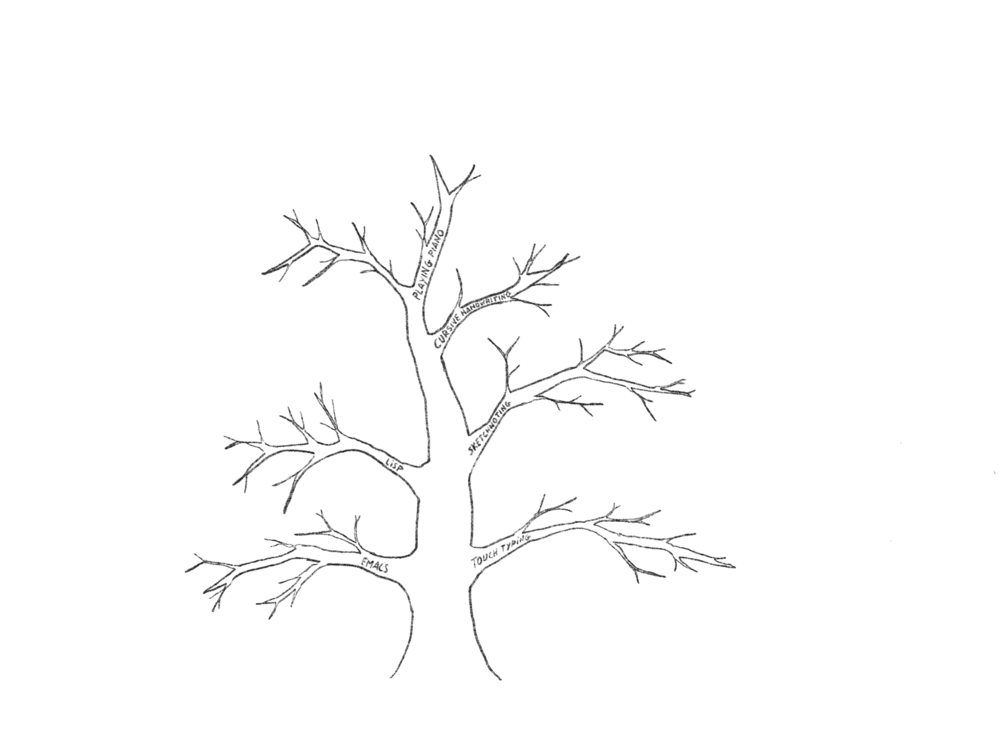